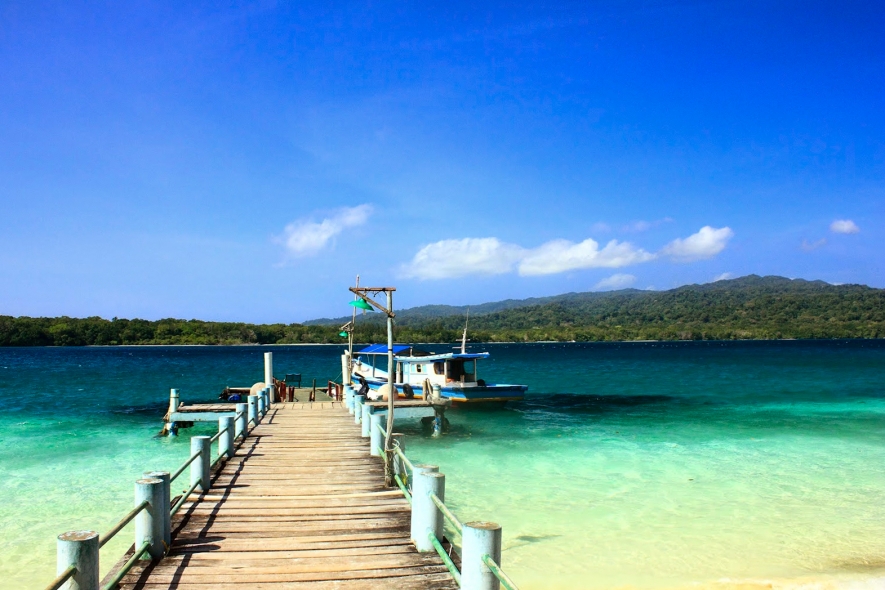 Defined as a National Park, of course the hundreds of hectares of Ujung Kulon are not allowed to be inhabited by residents. Nature that grows and develops naturally without human interference forms the National Park into an area of natural beauty.

Quite a number of tourists are curious and interested in wanting to witness and enjoy first hand the beauty of the Ujung Kulon National Park tourist destination, which is of course filled with exciting tourist activities amidst its enchanting natural beauty.

Peucang Island is one of the tourist destinations that tourists must visit while on vacation and fill out tours in the Ujung Kulon National Park, Banten.

One with Nature on Peucang Island

Peucang Island is an island that is always chosen by tourists to find lodging in a series of tourist activities in Ujung Kulon, Banten. However, due to the limited number of accommodations on this island, we have to make a reservation for lodging on Peucang Island long before the date of the tour.

Peucang Island has an area of approximately 450 hectares, inhabited by various kinds of wildlife such as deer, long-tailed macaques, wild boar, monitor lizards, and many more. The good growth in the number of herbivores on Peucang Island indicates that there are very few predators in this location.

The lodging facilities available on Peucang Island are simple facilities which are of course very different from the hotel facilities found in the city. You must be prepared with the existing facilities if you decide to stay on Peucang Island. However, the availability of sufficient water, simple rooms and mattresses, bathrooms, prayer rooms, and small shops to buy some necessities in sufficient quantities can still be found at this location.