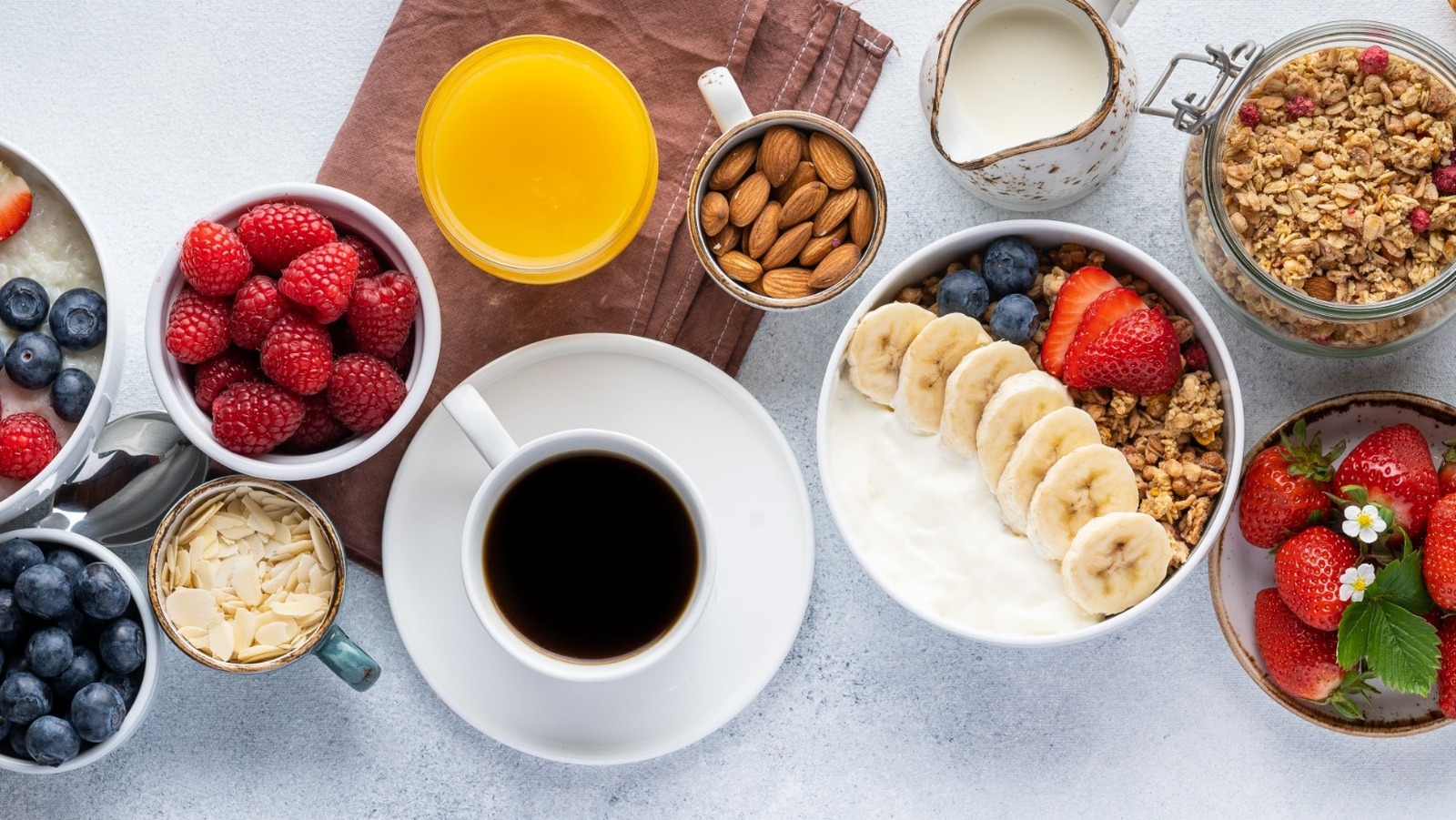 Breakfast is often referred to as the most important meal of the day. These foods are often closely tied to a country’s traditions and can tell you a lot about it. Breakfasts from several countries offer a window into different cultures and regional variations.

Breakfast is not the biggest meal of the day in Brazil. This is reflected in the Portuguese word for breakfast, café da manh, which literally means “morning coffee”. Strong coffee is usually accompanied by dishes such as pão de queijo (cheese-flavoured rolls), ham, cheese, pao frances (small breads eaten with butter), or fruits such as papaya.

A popular Cambodian breakfast menu is kuy teav. This rice noodle soup is made with pork or beef broth, along with onions, garlic, and spices. Served with pork or fish balls, chili paste and half a lime.

The breakfast menu in China is very similar to lunch or dinner. It can consist of noodles, rice, sticky rice, fried vegetables, dim sum, steamed buns, and hot soups such as porridge. However, one common feature is the fried dough sticks (called you tiao ), which are meant to be dipped in warm soy milk.

There are many regional variations to the Colombian breakfast menu. However, two popular dishes are arepas (solid and slightly sweet corn cakes) served with butter, or egg, bacon, and jam, and changua (eggs, cheese, and milk soup).

A popular breakfast menu in Costa Rica is gallo pinto. It is made with stir-fried rice with black beans, red pepper, and onions. It’s topped with salsa and sour cream and served with eggs, avocado, cheese, or tortillas.

Breakfast in Denmark, like most of the Nordic countries, is usually an open-faced sandwich covered with various spreads, sometimes accompanied by pastries. The base is usually whole-grain bread, which is covered with everything from cheese, cold cuts, pâté, honey, jam, vegetables, hard-boiled eggs, and even chocolate.

The Egyptian breakfast ful medames is made with fava beans and chickpeas stewed and seasoned with cumin, parsley, onions, lemon and chilies. Served with a hard-boiled egg, diced vegetables, or a piece of pita.

French breakfast is usually not heavy. It usually consists of coffee or tea along with bread and butter or pastries and croissants. Salty foods (such as meat and eggs) are eaten less frequently, replacing richer dishes eaten for lunch and dinner.

The traditional German breakfast, or frühstuck, is a simple affair. It often consists of an assortment of fresh breads, sausages, cold cuts, local cheeses, butter, and jams. It’s washed down with coffee. In Bavaria, however, a common breakfast is white beef sausage with sweet mustard, pretzels, and beer (Weisswurstfrühstück).

Korean breakfast is very similar to their lunch or dinner, just like in China. Usually there is a bowl of rice, vegetable soup, some fish or beef, and a plate of kimchi.