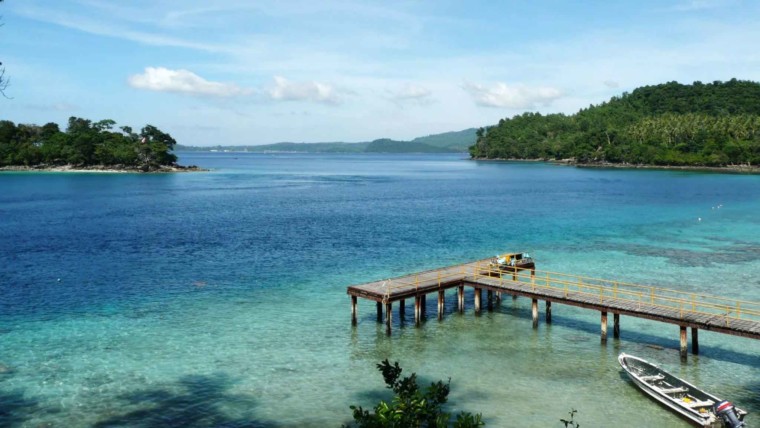 At Pantai Sumur Tiga, the natural beauty is not only what is visible. We can also explore the underwater beauty, with snorkeling and diving activities.

The color of the water at Sumur Tiga Beach is turquoise, it shows that life under the sea is still well preserved.

For you underwater lovers, of course you must come to visit Sumur Tiga Beach and enjoy the amazing underwater beauty. The beauty of coral reefs is still well preserved. Which is inhabited by fish swimming here and there.

You can rent snorkeling or diving equipment at the available rental places in the Sumur Tiga Beach area.

It’s incomplete if you go to the sea and don’t play with sand. The sand in the Pantai Sumur Tiga area has its own exoticism.

This location has clean white sand, so that from a distance it looks like sparkling crystals.

Children can even play in the sand accompanied by the breeze that soothes your playing soul.

Sumur Tiga Beach has water quality that is still clear. This is indicated by the water which is still turquoise. Adding to the beauty of Sumur Tiga Beach as an extraordinary masterpiece of the Creator.

Once upon a time, around the beach location there were three wells which were a source of water for local residents. Even though it is close to the beach, the miracle is that the water is not salty, but fresh.

The three wells were the prima donna of their time. But now, it is no longer used and has become a historical witness.

The position of Tiga Sumur Beach is right facing the Malacca Strait. Historically, Sabang was the first Japanese stopover in Indonesia.

Japan began to build fortifications across the coast in preparation for the Asia Pacific War. Because of its strategic location, making Sabang used as a Japanese defense area.

So, if we visit Sumur Tiga Beach, we will see several Japanese heritage forts even though their conditions are not intact.

Tourists can also pose with the dazzling white sand. Or it could be a selfie close to historical heritage that has been passed down.

While enjoying the beauty of Sumur Tiga, try culinary delights at a restaurant close to the beach area. After that, restore all energy with natural isotonic as well as thirst quencher, young coconut.