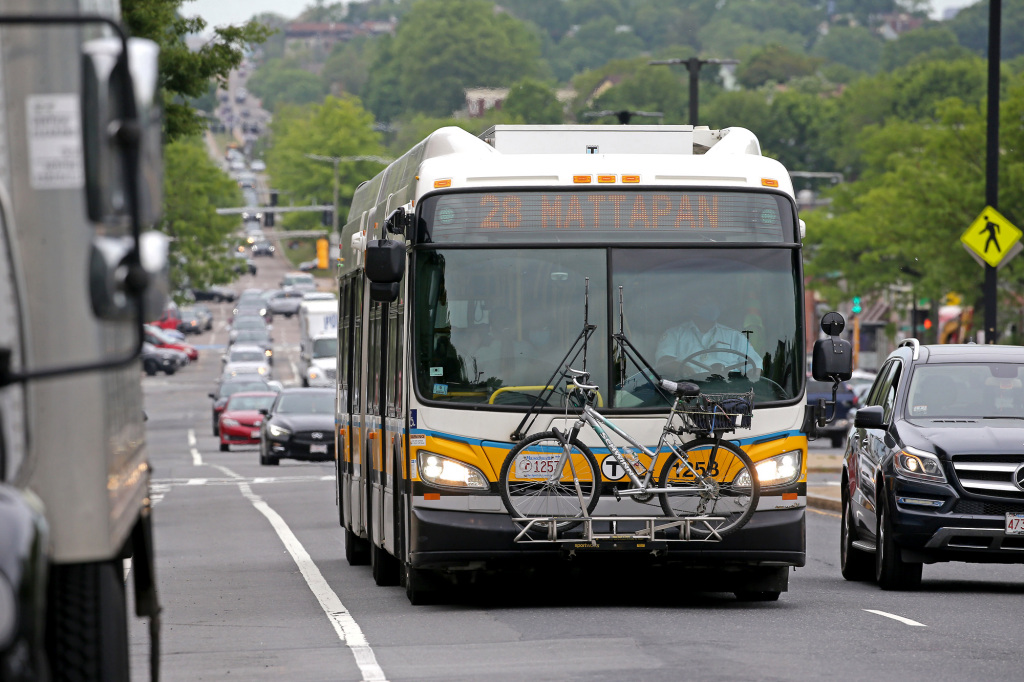 The MBTA announced on Monday that it’s working with six Boston-area communities to build nearly 5 miles of bus lanes to speed up travel times on some of the region’s most congested roadways.

The transit upgrades this summer will help improve bus speed and reliability as the region reopens from COVID-19 regulations, the MBTA said.

The bus lanes will be constructed in six communities: Boston, Somerville, Malden, Brookline, Revere, and Lynn.

“We are grateful to municipal leaders in Boston, Somerville, Malden, Brookline, Revere, and Lynn for collaborating with the MBTA to install infrastructure, including dedicated bus lanes,” said Acting Transportation Secretary and CEO Jamey Tesler, “And having the vision to see that ‘shared streets’ are streets which are truly vital to helping residents move around safely and to encouraging people to get around in ways other than in a personal motor vehicle.”

In Boston, for example, they’ll be installing a dedicated bus lane in the North End on the northbound side of Cross Street/North Washington Street from Sudbury Street to Causeway Street.

Also, there are plans to enhance existing morning and afternoon peak bus/bike lanes in Roslindale between Ukraine Way and Poplar Street.

“These projects are vital to connecting our residents and our neighborhoods,” Boston Acting Mayor Kim Janey said. “So many essential workers across Boston have depended on these MBTA bus routes to travel to work and keep our healthcare systems and critical services running throughout the pandemic, and long before. We need to do all that we can to support these riders through public investments like these to ensure an equitable recovery.”

These projects are part of the MBTA’s Better Bus Project and Transit Priority effort, an initiative to improve bus service and the system as a whole.

Several of the projects received funding through the state’s Shared Winter Streets and Spaces grant program.

Since last spring, the MBTA has worked with communities to deliver nearly five miles of bus lanes, which have benefited more than 57,000 riders in some of the region’s hardest-hit communities.

“These projects are testimonies to our shared commitments to advancing equitable mobility, and why we want to deliver another nearly five miles of infrastructure this year,” said MBTA General Manager Steve Poftak.

These bus lanes in Brookline and Revere will be the first bus priority facilities to be constructed in those communities, bringing the total number of metro area cities and towns with bus lanes to nine.